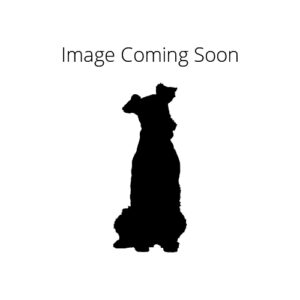 A large, muscular breed, the Komondor is mostly known for its unusually dense, protective coat of heavy white cords (which make him look like a giant mop!) that form naturally as the breed matures in age. The coat serves to cover vulnerable body parts in case of attack, helps him blend in with his flock and protects him from weather extremes. While he has been a working dog in Hungary for ten centuries, he is also found in the show and obedience rings in the United States.

The breed was developed in Hungary to guard large herds of sheep and cattle on the plains. The Komondor is an almost direct descendent of the Aftscharka, which the Huns found on the southern steppes when they passed through Russia. Rather than being used to round up herds or flocks, the breed typically accompanies the animals they are in charge of to act in the role of protector, mostly without assistance or commands from their master.

Known for its dignity, strength and courage, the Komondor is generally reserved and serious with strangers but demonstrative with those he loves. Owners should be willing to provide daily exercise and obedience training. Caring for the Komondor coat takes quite a bit of time and effort, so its best to learn how to care for the cords from an experienced owner or breeder.

Watch our video on Komondor puppies